Hospital corridor reflected in this orb. Do not think I should have been taking photos there so waited until the area was clear – split second as it happened as someone came out of the door pictured in the scene just after I snapped…. 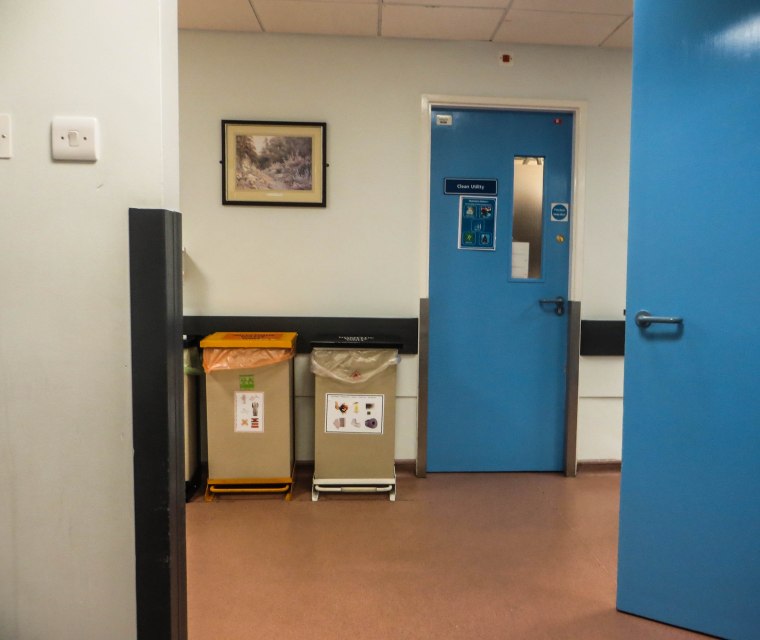 I sat in this bay for some six hours and this was the view. I was with a relative who was unwell, it was Saturday night and getting steadily busier with sports injuries, alcohol induced problems, one suicide attempt and several elderly people with chest pains, etc. It became easy to sit here and look at the same things and so I thought I would ensure my memory of the night was not lost by photographing this apparently empty scene. In these bays, which offer very little real privacy, you are forced to listen to other people’s conversations, other people’s lives. the wall, ceiling, floor and doors do not appear straight – my head felt like that too. Boiling hot, no windows and noisy. This picture offers a serenity which was not there.