Image by Christine Renney May 2018 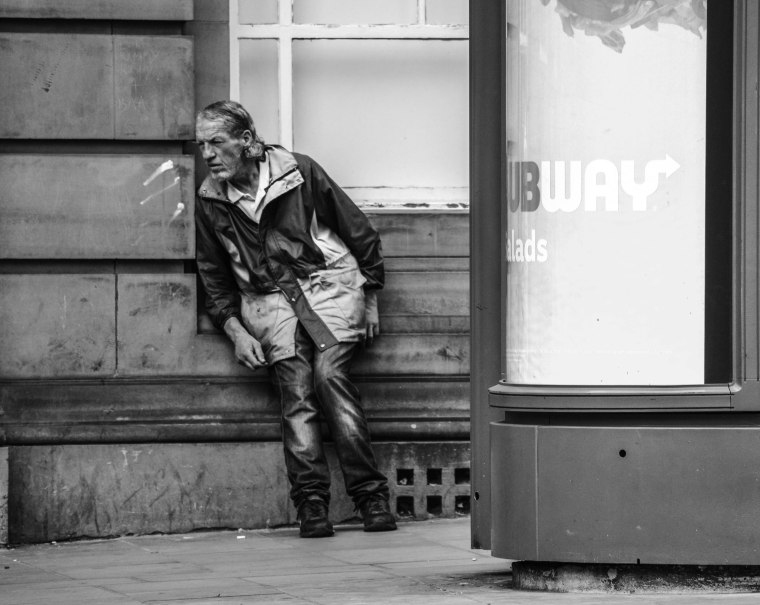 Curt comes from Birmingham but has been living rough in the Milton Keynes area for five years. What you see is his home – he apologised to me for it being a bit messy. I apologised to him because I have let him down by not shouting louder.

This image is not sharp, I know, but then I thought well many of us do not see the homeless and poor – they hover in the periphery of our vision, physical and mental, and so if they are not clear we can ignore them.

I spotted this in a car park in Stamford, Lincolnshire, and it made me smile at the thought of someone just doing this.

It was a delight to hear him play the violin – a really lovely man whose luck seems to have run out on him. But his smile for the child is heartwarming.

Basildon Town Centre is dominated by a huge block of flats named Brook House which was originally designed to sell to high-fliers. Over the years they have been used to house those amongst us who, for whatever reasons, are not high-fliers but are forced to be high-rise tenants. There were security guards on the main entrance to the flats so that says something. I managed to take a few images but this lady was the only person I saw, on either side of the tower block which, for England, is huge and cold. Strangely, I spoke to a work colleague about this building and he knows it, being an ex-Basildonian, and at one time had considered buying a flat there for £15,000 – I think that figure says it all as he is only in his early thirties.